Technology Behind creation of Amazon.com. 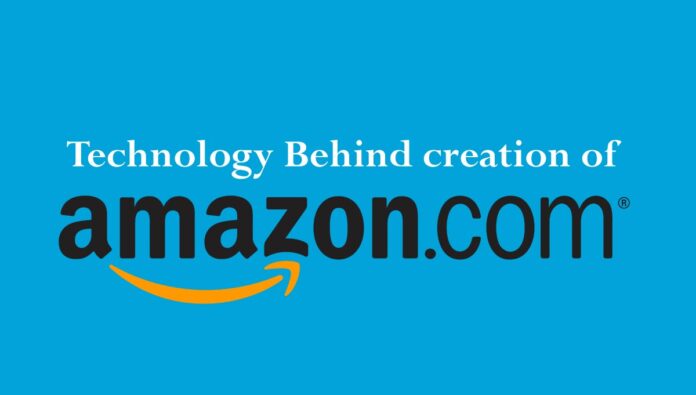 We all are aware that Amazon.com is world’s largest e-commerce company. But if you are into tech world one question must have come into your mind that which technology is behind its great success. So if you are interested to know then read this entire article…

Here are the list of technologies which is used in creation of amazon.com.

This are the programing platforms and technologies are used in developing of amazon.com.

Here is the list of backend languages which is used by developers of amazon.com.

Java is a programming language and computing platform first released by Sun Microsystems in 1995.

C++ is an object-oriented computer language created by notable computer scientist Bjorne Stroustrop as part of the evolution of the C family of languages. It was developed as a cross-platform improvement of C to provide developers with a higher degree of control over memory and system resources.

Perl is a term stands for “Practical Extraction and Reporting Language” even though there is no acronym for Perl. It was introduced by Larry Wall in 1987. Perl was specially designed for text editing.1. 1.

Here is the list of frontend languages which is used in developing of amazon.com.

JavaScript (JS) is a lightweight, interpreted, or just-in-time compiled programming language with first-class functions. While it is most well-known as the scripting language for Web pages, many non-browser environments also use it, such as Node.js, Apache CouchDB and Adobe Acrobat.

CSS is the language that tells web browsers how to render the different parts of a web page. Every item or element on a web page is part of a document written in a markup language. In most cases, HTML is the markup language, but there are other languages in use such as XML.

React (also known as React.js or ReactJS) is an open-source front-end JavaScript library[3] for building user interfaces or UI components.

Here is the list of data management systems which is used by amazon.com.

Amazon Aurora is a relational database service developed and offered by Amazon Web Services beginning in October 2014. Aurora is available as part of the Amazon Relational Database Service (RDS).

The massive technology that keeps amazon running is it is entirely Linux based.

So, this are the technologies and programing platforms are using in developing of amazon.com.

Now a day every company is started messaging you on WhatsApp via their official business accounts. They are sending you promotional messages, offers, product...
Share
Facebook
Twitter
WhatsApp
Telegram
Email

4 Essential ways on How Podcasting Can benefit your business.